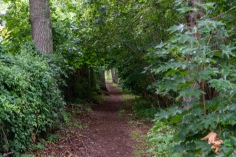 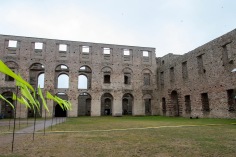 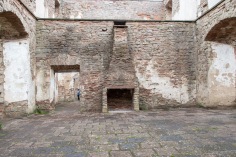 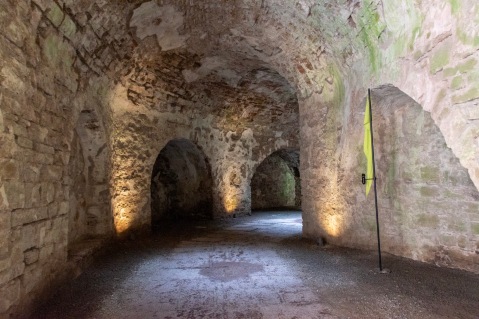 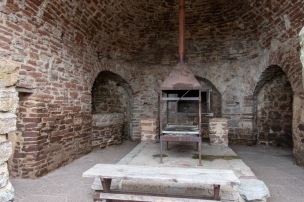 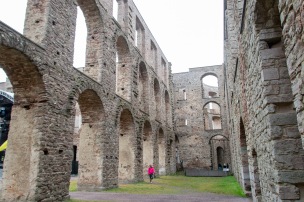 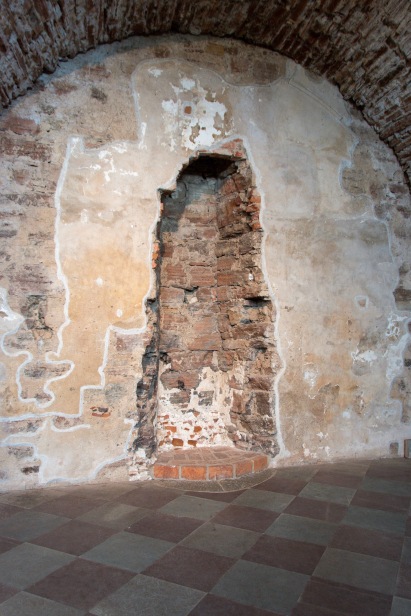 From a castle almost in pristine condition to one that was deserted after a destructive fire, on goes our medieval conquest.

After visiting Kalmar castle, we ate some lunch and did some quick shopping. Then it was off for Borgholm on the island of Öland. It was a quick hop of only 20 NM and there were plenty plenty of berths to pick from.

This time, I had to walk all the way to the harbour mastery’s building only to happily guided to the old phone booth around the corner. There I could register, pay with my card and get the stickers, receipt and pin codes for the shower and toilets. 24/7 self service, if you only bother to read the signs.

The next morning wasn’t as sunny as it had been during the week. An annoying drizzle which just messes up your camera lenses and glasses, but doesn’t soak anything else. By a bit past ten, we were at the castle.

One must give credit to the Swedes. They’ve made a spectacular effort to make the whole family welcome. There is culture and history for the grownups and fun, games an action for the kids. The place was swarming with families enjoying the day and having picnics.

The castle has been the scene for many battles and these days you can catch some pretty fancy rock concerts. Pretty famous artists and bands like Tom Jones, Bob Dylan and the beach Boys have performed here. Must be pretty magical and I hope they keep the bass at a decent level.

I think the most atrocious event that happened over the years, was the visit of the King and his meagre entourage of roughly 500 people stopped by. The islanders were forbidden to hunt and had to deliver their crops to the king. Some sort of malnourishment and plenty of bad feelings obviously followed. Even today, the Öland coat of arms bears a reminder of this. A red collar hangs around the neck of the deer, marking it as royal game.

A truly magnificent castle, well worth the time. If you’re into that kind of history.