It’s fun to do things a little bit differently than usual. Since we’re now travelling with Jukka, Riitta and Väinö the borderterrier, we put a little bit more effort into the touristy things.

If it wasn’t for the unnecessarily strong wind, we would have missed out on a lovely walk on the beach with the dogs, and a bike ride to the north end of the island. On the way we visited the small museum as well. After all this, a large helping of spaghetti bolognese made by Riitta, prepared us all for a really late afternoon nap. 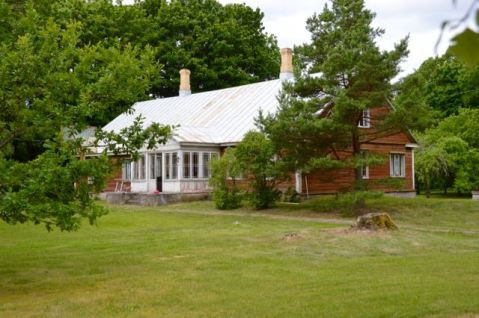 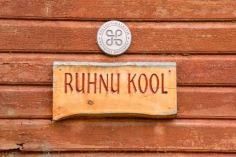 Slippery as an eel 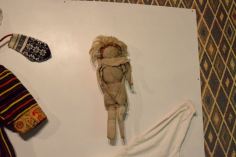 Barbie, eat your heart out

How to pile your firewood

This is a road on the map 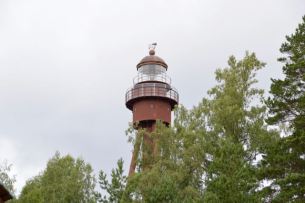 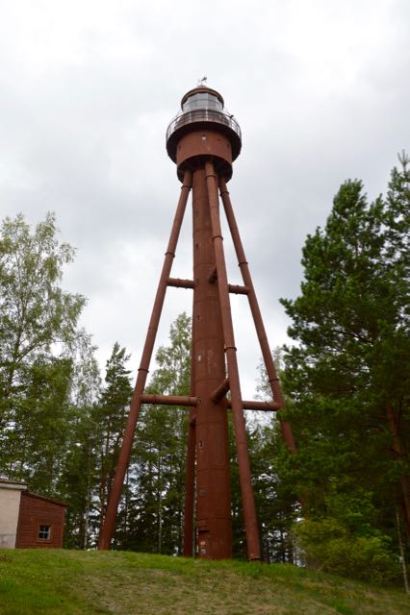 and the Eiffel tower is definitely visible 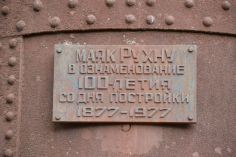 Built in Le Havre and shipped to Ruhnu 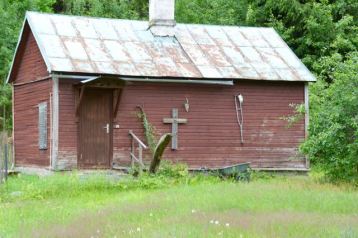 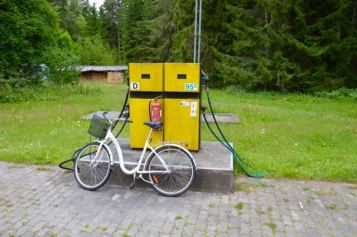 We even found the petrol station

We had misunderstood the harbour master when we came, unfortunately. So we missed out on the inauguration party that the village had for a new common building at the handicrafts center. What a bummer! The captains boss of a neighbouring boat came home a little bit tipsy and said it was a great party.

Maybe it was better this way, since we had been looking at the weather forecast and planning the next day. The wind would be lighter, but when?

The next morning, the first boats had left before six, followed closely by those leaving right after. At that time, the wind was as predicted, quite light. The forecast for later was a lot more. Since we had decided the previous evening to wait for the ten o’clock update, we weren’t in a hurry. The dogs had their morning walks, and we decided to leave without checking the latest forecast.

We hoisted our sails quickly and set course for Engure. The wind blew 7-9 m/s, but the gusts came in frequently, at 11-17 m/s. The waves were also beautiful around a metre on average. The you had the occasional two metre things, of which one actually broke over our aft a splashed the skipper up to his knees. The best thing was the cross-waves. You really didn’t know how to steer and it was a bumpy ride. The greatest thing was, that this bumpy ride of 40 NM only took us six hours. By the time we dropped our sails, the GPS told us that we had an average speed of six and a half knots. We had been doing almost eight knots for a long time, and both the log and GPS were steadily hitting figures way over eight for longer periods. We even have a new speed record, although a momentary one but long enough to be registered. 10,6 Kt !!!

The joy and happiness when your new gear works (EcoFlow River + 110W panel) like you imagined. Let’s hope that this is not just a test. Beautiful anchorages, here we come!
The photographer could not do justice to this exquisite mud cake for three and delicious macaroons. Thank you @cafecabriole
#magnusenckell #deathswalk and tomjrvi #coronaswalk
A quick weekend #minivacation to the tropics. Look mum, a cocoa tree!
My friend the merchant marine cargo freighter captain calls us WAFI, wind assisted f.. idiots. This is obviously why..... Should’ve listened to the radio and anticipated them leaving the berth. Sorry.
Bark boat laid up for the winter season.
Absolutely magical father’s day cruise. A bit chilly but sunny and 10-20 kn of NW winds all day! One of those sunsets.
Father’s Day. Sailing. This is a first time experience. Magic.
Finland. November. Sailing. What a wonderful concept. The sun is so bright that my #raybans can’t cope.