Well, it’s been quite busy for the last few days, and sitting in Brighton Marina, I’ve finally got some time to sit down and think back quickly.

We arrived in St Helier, Jersey early in the evening ion Sunday and were met by David, one of the previous owners of OZ.POM, the Beneteau Oceanis Clipper 393 that we’re sailing to Finland. During the evening we went through the boat looking for anything needing fixing and what we needed to buy.

On Monday we set off for our first shopping spree, on foot of course. Not knowing where we could get everything made the task much more adventurous. Even the locals seemed a bit out of touch with everyday problems, like where to get the best and cheapest pots and frying pans.

In the afternoon the previous owners, Phil and David, came down and we went out for a spin in St Aubins bay and around Elizabeth castle. Bit of an adventure heading straight out somewhere that you’d seen absolutely dry the previous evening.

Tuesday morning, and the arduous tasks of reparations and fittings continued. A huge thank you to Phil of PC Boat Sales who came down with his laptop and configured our brand new AIS unit. Now you can see where we are on marinetraffic.com. Jus search for OZ.POM

After Phils visit, we could go shopping again. In the afternoon we were joined by our next crew member. Almost set, except for some groceries for the next few days. 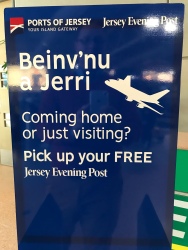 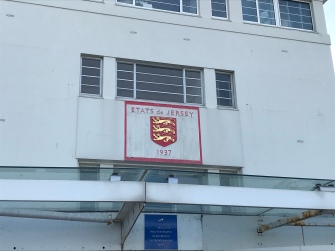 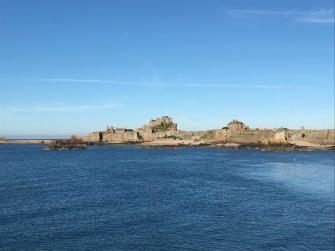 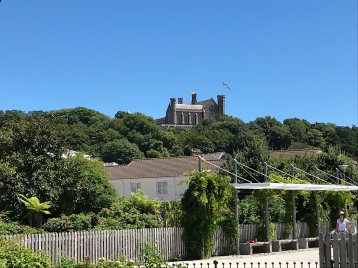 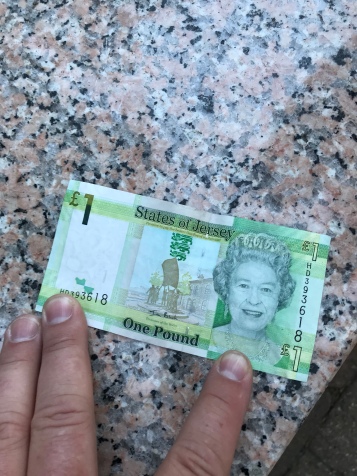 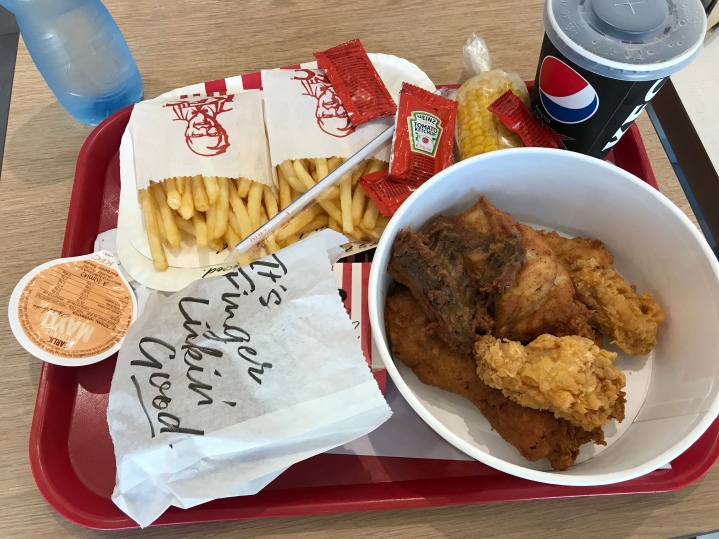 KFC, enough for this decade

We set sail for Brighton 27 Jun 2018 0345 UTC. David had given us a tip that would save us 3-6 hours. I had planned to go round Alderney on a westerly route, but instead we headed straight for Alderney Race and were on time. A wind warning for N-NE Force 6 winds was given in the morning and it turned out to be very accurate. Since we wanted to make it through the Race in time, it was motoring.

With all the things now in place and the excitement of finally casting off,the skipper didn’t eat a proper breakfast. Something he tells everybody to do when they go sailing. The effects we’d noticed later on after lunch when I was sitting at the nav station trying to do some work, and had to quickly exit the cabin reach out over the leeward side. Yes, the spaghetti sauce didn’t have enough salt, but it really wasn’t the chefs fault this time. A few hours of sleep, getting the sails up and steering but the skipper right back on track.

People always say that the waves in the Baltic Sea are shorter and choppier than everywhere else, because it’s such a small pond. Bollocks, says I. The area around the Channel Islands and the English Channel differ in no way whatsoever. Getting 20-25 knots of wind right at you, and the waves were short and coming from all directions. We got our free rollercoaster ride. For indefinite repeat at that. Getting over from the “French” side to the English side of the made a world of difference. Gray skies became sunshine, and we had a great first Channel crossing.

As the wind was quite N-NE, and we wanted to get into Brighton on the proper tide, we opted to drop the sails in the evening and motor in varying winds of 12-20 knots. Bouncy bouncy, you might say. In the morning, the wind had turned sufficiently that we could hoist the sails for the last 30 NM and arrive in a scorching morning sun. 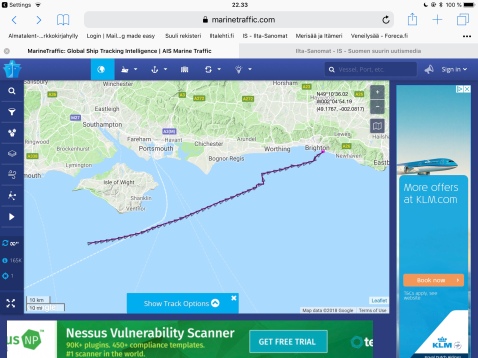 Today we’re expecting the rest of the crew. In the meantime, we still have some chores and reparations to do. Nickys Canvasshop is helping us get some of the things together. If I’d been able to mail them a little earlie with my list, I’m sure Phil would have fixed everything.

This is how I’d like to live as well.