Well, we chugged up along the French, Belgian and Dutch coasts and arrived in Den Helder 69,5 hours after we stated from Brighton. Having 30 hours on the engine means we did over half of the journey by motor. All in all, we had 368 NM on the log, but I failed to mark what the GPS distance actually was. All of was upwind anyway.

The day was quite uneventful, trying to tack up we made quite little gains. When darkness came, we were preparing to go past Oostende and Zeebrugge, which was quite well trafficked at that time. Great thing we have AIS and we could see everyone around us. At one point we were even asked to turn a little more starboard for a better red to red passing with Mediterranean Sea, a ship a few hundred meters longer than ours. Later on, the first mate said it was an interesting navigational excercise. Sure was. The chart is full of crossing lanes at that point.

The next day was uneventful and we got past the Eurosport complex without a hitch. In the night we crossed Ijmuiden, trying to sail sometime in light airs coming from the wrong direction. On the skippers watch, the engine was started again. We have a schedule to keep, son no mucking around with beautiful, quiet night sailing.

We arrived early in the morning, refuelled and had a shower. We put all our clothes out to dry and it looked like a second hand sailing gear sale. The joys of sailing. Lunch, a quick nap and off we went shopping for groceries. We had the biggest shock ever when checking out. They would not accept any of the cards we were carrying. Later, the Harbourmaster told me that payin with cards in Den Helder was quite uncommon. We all know hat Visa and Mastercard and others take their percentages off the top.

This morning is grey, and very calm. We aim to throw the lines at 0700 UTC and we are heading straight for Cuxhaven. The forecast says it will be windier further east in a couple of days, and we have no rational need to stop at Helgoland, as was planned. So, if the winds prevail for the next couple of days, we should be in the next port tomorrow night. 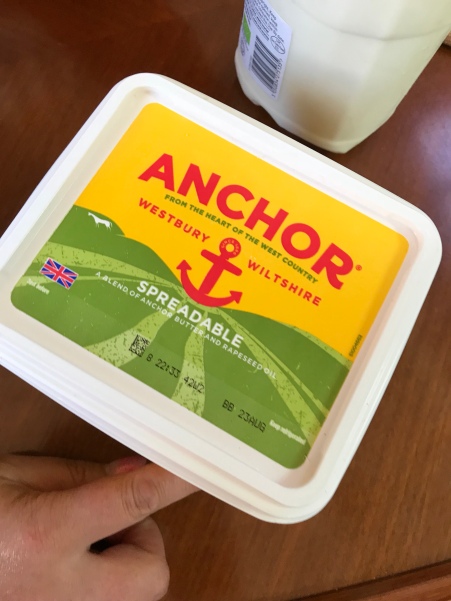 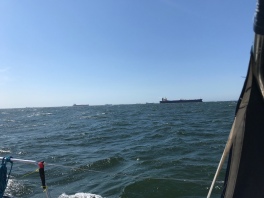