The remaining crew of three and the skipper had a late wake up on Monday morning. We didn’t get up till five local time (0300 UTC). That’s only because of the petrol station opening at 05.30. We cast off one hour later than planned, and had refuelled by 0445 UTC.

Lucky thing I was listening to the VHF and heard a warning about a firing exercise and some area was totally closed to all shipping. Didn’t quite catch which area, but a quick look at the map told me that we should change our route planning. Good thing, since later I heard other ships being directed outside the area. This pushed our course further north, and we rounded Fehmarn north, instead of going under the bridge south. We made great speed. During the first 12 hours we’re making close to 8 knots in average. I even clocked 11,5 kn in a beautiful long downhill surf. Ten was broken several times. And this with the second reef on the main and the genoa over half way rolled in.

The weather was as promised, 16-20 kn of NW wind and that was just great. Towards the evening the wind eased up, and we made several changes to our plan, and crossed the TSS areas in daylight. In the darkness, our speed had died to about 3 kn, and I decided that it was time to turn on the engine. Easier said than done. No cooling water from the exhaust. I checked the seawater filter, but it was pretty clean. When the next shift came up, I said I’d change the impeller when it was light during my next shift. It didn’t help. I could find no fault, and decided that since it was just as far (about 30 NM) to Ystad as to Rønne, and the wind had shifted as promised,we would head for mainland Sweden in hope of getting spare parts and help a little bit quicker and easier.

In varying light winds we sailed the last miles to Ystad and prepared for ourselves for a berthing by sails. I had decided that five minutes was the limit for engine power, and we did it in about 60 seconds in the end. Great job by the crew. I had called the harbourmaster in advance, but he said the harbour was filling up quickly and he couldn’t reserve a place. So, the last miles were agony. With a speed of 1-3 knots, we saw boats passing us heading for the harbour. How frustrating. The wind shifted at the entrance but we got a got a good last push and made it into the harbour basin, ripped down the main, turned on the engine for a quick burst and slid into a free berth just at the end of the pier. No time for a nice aft-to-pier landing. Safe and sound, 1200 UTC just over 30 hours of sailing behind us. No need for refuelling.

The harbourmaster had the telephone numbers ready for service calls, but I was too late for service this evening. Tomorrow we’ll see. The guys have all the information about the engine, and supposedly have all the parts on hand. Should be a big job changing the water pump, even though that’s a little bit out of my area of expertise. I have taken an engine apart, just for these parts, but it was on dry land, and a practice engine. No place to f#£& up, we still have several hundred miles to go.

So, we have a compulsory pit stop in Kurt Wallander- land. Just like Sandhamn, this is a small a place where a lot of murders and crimes happen. At least in the books. Let’s hope we (I) have some time to find at least some of the spots found in the books. Maybe I’ll refresh on those places after writing this.

We’ve made great progress. Depending on how the reparations work out tomorrow, we just might have to skip the “holiday” experience of Visby, since we might be 24 h late on departing. That’s all within the limits of the plans and unexpected surprises. Two in 48 hours is plenty for me. We keep to adhering to the “safety first” principle and are rigorously attached to safety lines at all times.

Now it’s time to start checking the forecasts again. Will we be crossing over to Latvia and Estonia or are we heading up to Gotland? Only the winds will tell. 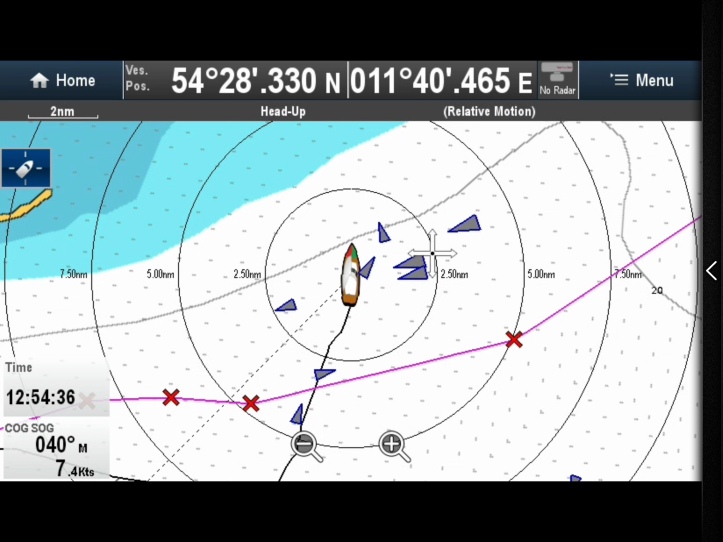 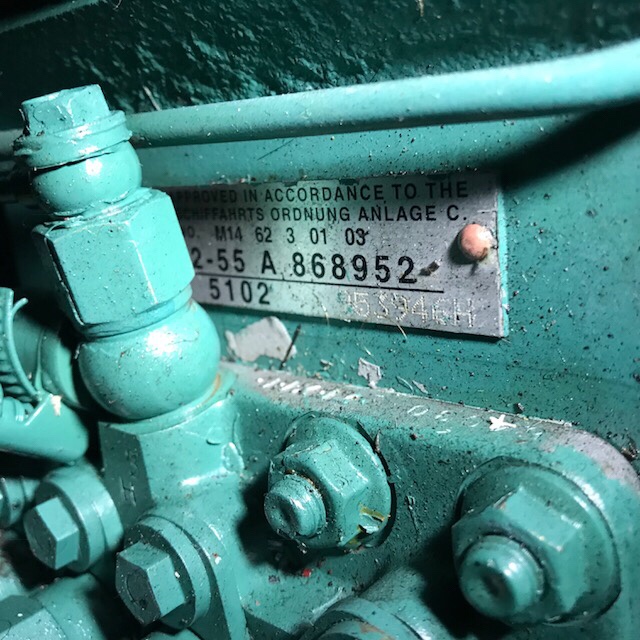